Krsna’s Lust Is Not Material 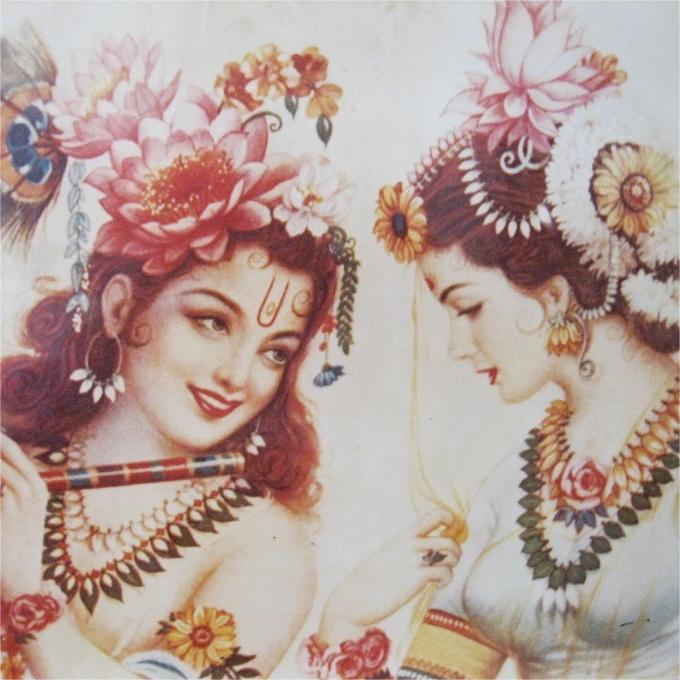 During His rasa-lila, Krsna sent Cupid out of Vrndavana. At that time, Kamadeva was enjoying in everyone’s body. He thought that if he could disturb Krsna, He would be disturbed. In fact, Krsna’s lust is not material. But, it is a perverted reflection of pure love for Him.

When Kamadeva entered the house of Kubja, he decorated the house so that he could induce the lusty desires of a man. He had nice lamps, cushioned chairs, flower garlands, and incense. He also had nude pictures and flags embroidered with pearl necklaces. He was ready to do anything to entice his senses.

Krsna’s pastimes in the spiritual world are unlimited. However, He does not give Himself to the people of Vrndavana. The devotees who take shelter of Him are engaged in His loving service. They do not enjoy their senses. They are always in transcendental ecstasy.

The lusty activities of the material world are not like the pastimes of Krsna and the gopis. The ‘pain of lust’ will make the person restless and he will think that enjoying his senses is the only path to happiness. But, if he follows the path of devotional service, he will realize that he is the son of Krsna, and he will be able to engage his senses in Krsna’s loving service.

But, the lusty person cannot satisfy his lusty desires even for a minute. Unless his desire is fulfilled, he can never be satisfied day or night. When frustrated, he becomes angry. His lusty desires are always attracted to beautiful forms. And the five senses always want to see these forms.

The ‘pain of lust’ makes a person restless and he wants to do anything to entice his senses. He cannot let go of the powerful electrical current that controls his senses. This is a very dangerous situation, as the lusty person cannot be freed from the power of Kamadeva. His senses will be controlled by Kamadeva, and he will think that enjoying his senses will only bring him happiness.

But, if he engages in Krsna’s devotional service, his lust will disappear. His lust will turn into love of God. He will be absorbed in the loving service of Bhagavan. This is the real mukti. He is a paramahamsa. These are the topmost liberated souls. They have given up their material attachments and are in transcendental ecstasy.